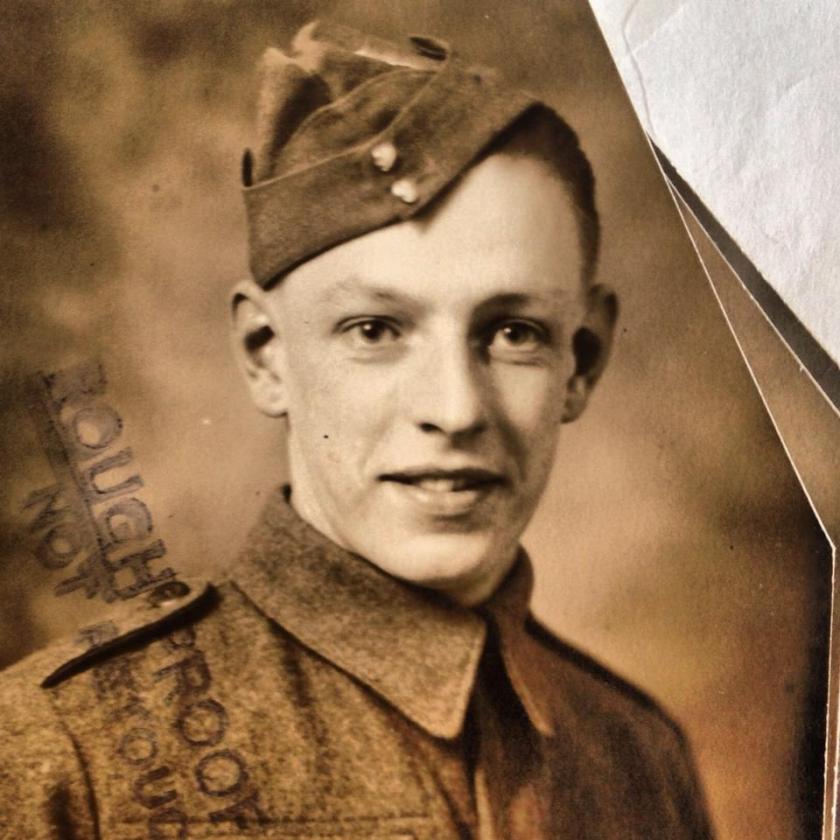 ….and in the setting of the sun we will remember them….

Tonight I am going to write about stories that are close to home & heart; stories we grew up hearing.

My father was a veteran but never saw duty overseas. This same statement applied to my father-in-law as well but their stories are quite different.

Harold Spence Dunn was born on a farm outside of Ogema in 1915. When the Second World War commenced he was 24, a prime age. He was living in Regina running a gas station. He enlisted there in May 1941 and did basic training in Maple Creek. In the early fall the troops moved to Kingston, Ontario for two more months of intensive training. Towards the end of this time in the late fall with a cold drizzly rain, they did a long two-day march. They were sent home on their embarkation leave for one week before it was time to deploy overseas.

My dad took the train from Ontario back to Ogema. Enroute he became sick. By the time he hit the bed in Ogema he was very sick and the Doc from Ceylon was called in to see him. He had rheumatic fever. In that era this was a life threatening disease and the only real treatment was total bed rest. Antibiotics were not yet used so there was only topical options for the fever, swelling and pain. His week-long pass expired but he did not return.

He spent the entire winter sick and did not turn the corner until old Doc Alliare took out his tonsils in my Bompa’s old chair in the kitchen. After this he finally started to mend. In the meantime the ship had sailed; literally. In the spring he was back working in Ogema at his father’s John Deere dealership. The police showed up one day looking for some stolen tires but dad realized that they could have been looking for him as he was technically AWOL (away with out leave) and had been since the fall.

A train trip to Regina with a doctor’s certificate and a few hassles with paper work finally saw him receive a medical discharge from the Army. I am certain he was fortunate that for one winter of forced inactivity he had no major heart issues from the fever.He spent the rest of his life in Ogema and was always a part of the Royal Canadian Legion.

EDITOR’S NOTE: I have no photos of my father in uniform. Heck there are hardly any photos of him during that era at all. I am going to request his papers from the Library and Archives Canada Service Files.

NURSE’S NOTE: On a separate note, as an operating room nurse, I have often wondered about the kitchen table tonsillectomy. The amount of bleeding; the anaesthetic or lack thereof and in this particular case the heart that had been stressed from rheumatic fever.I think it’s probably amazing that you don’t hear family stories of youngsters dying from a botched operation or intense post op bleeding.

George Keith Cruikshank was born on a homestead in the Hanna, Alberta region in 1920. By the late 20’s they were living in Calgary and it was from here that he quite school after grade 11 to go to McDougall Business School. He took typing, shorthand and business classes. He was working for Pat O’Gorman (who later became his brother-in-law) from 1939 to 1940. In May of 1940 he enlisted and was immediately made a Corporal because of his business experience. He did his basic training in Wainright and ended up as a quarter master at Currie Barracks in Calgary.

Interesting to note that in 1941 George had his tonsils out while at Currie. Apparently he had a good doctor but ended up with a cut artery. The bleeding was finally stopped but it took a significant amount of time for his health to return and he weighed 150 pounds at a height of 6 feet.

By 1943 George was feeling the lack of action and wanted to change directions so signed up for bombardier training. Although it seems hard to believe they were not accepting pilots or navigators only bombardiers at that stage. He travelled to Saskatoon for his “B flight” course and then on to Portage La Prairie in late 1944 for practise. He had an ace record for target bombing which he felt was because he had an experienced pilot flying the plane. He received his commission as a 2nd Lieutenant in 1945 as the war was ending. Despite that fact he was still required to buy the complete uniform; these became the clothes he wore to finish high school as he waited to be decommissioned. He used his veteran status to obtain funding for university where he took accounting. 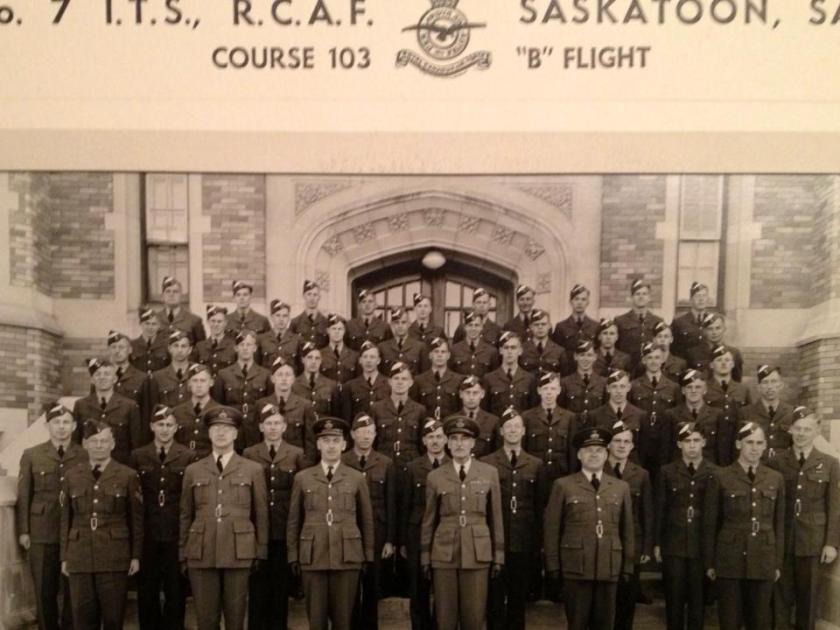 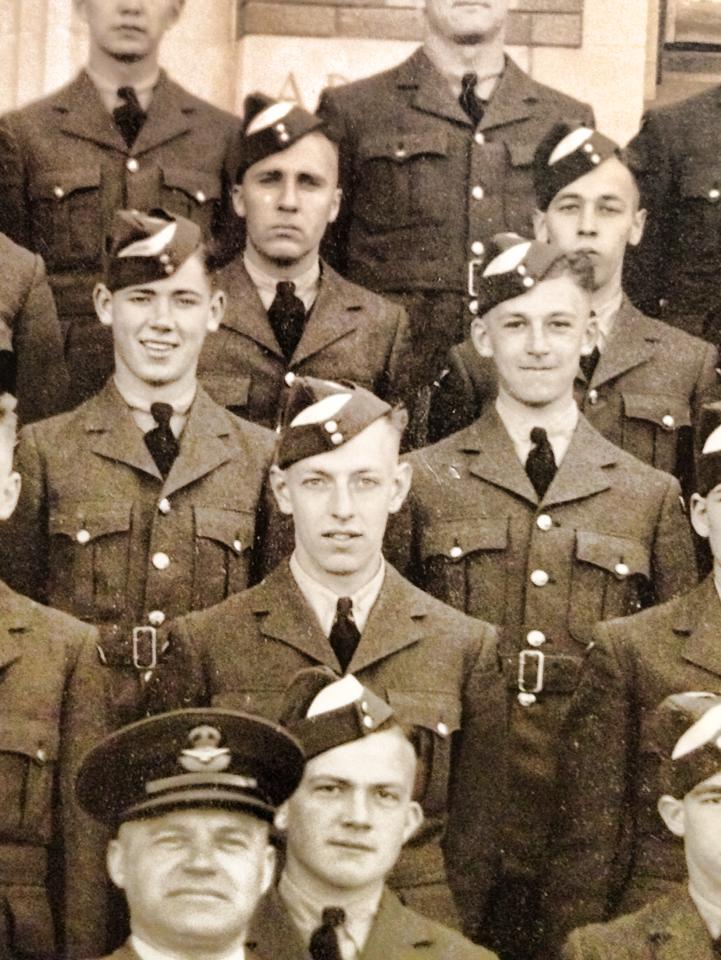 Both our fathers passed away over a decade ago. The few details we have about their time in service are rather sparse. I felt it was important to get their basic story down but I do hope to complement that with some research. Suffice to say that our families were lucky that while they did serve they never saw duty overseas and came away from the war unwounded on all levels. If any older siblings or cousins or a complete stranger knows any more details we would love to hear from you.

EDITOR’S NOTE: In 1991 I asked both sets of parents for an unusal Christmas present for our children who were 2 and 4 at the time. I requested that they sit down and write out their history so that our children would know their stories. Only my mother ever completed this task but over the years I asked a lot of questions and took notes; written on the back of envelopes and loose note paper. It’s a crazy muddle but at least I have some basics down.

If you have a story you would like to share please contact me via email @ maxic@yourlink.ca or leave a comment here. I would be honoured to “publish” the remembrances here on this blog site in honour of your family member. Also please feel free to share this series of stories across various social media forms. Let’s work together on 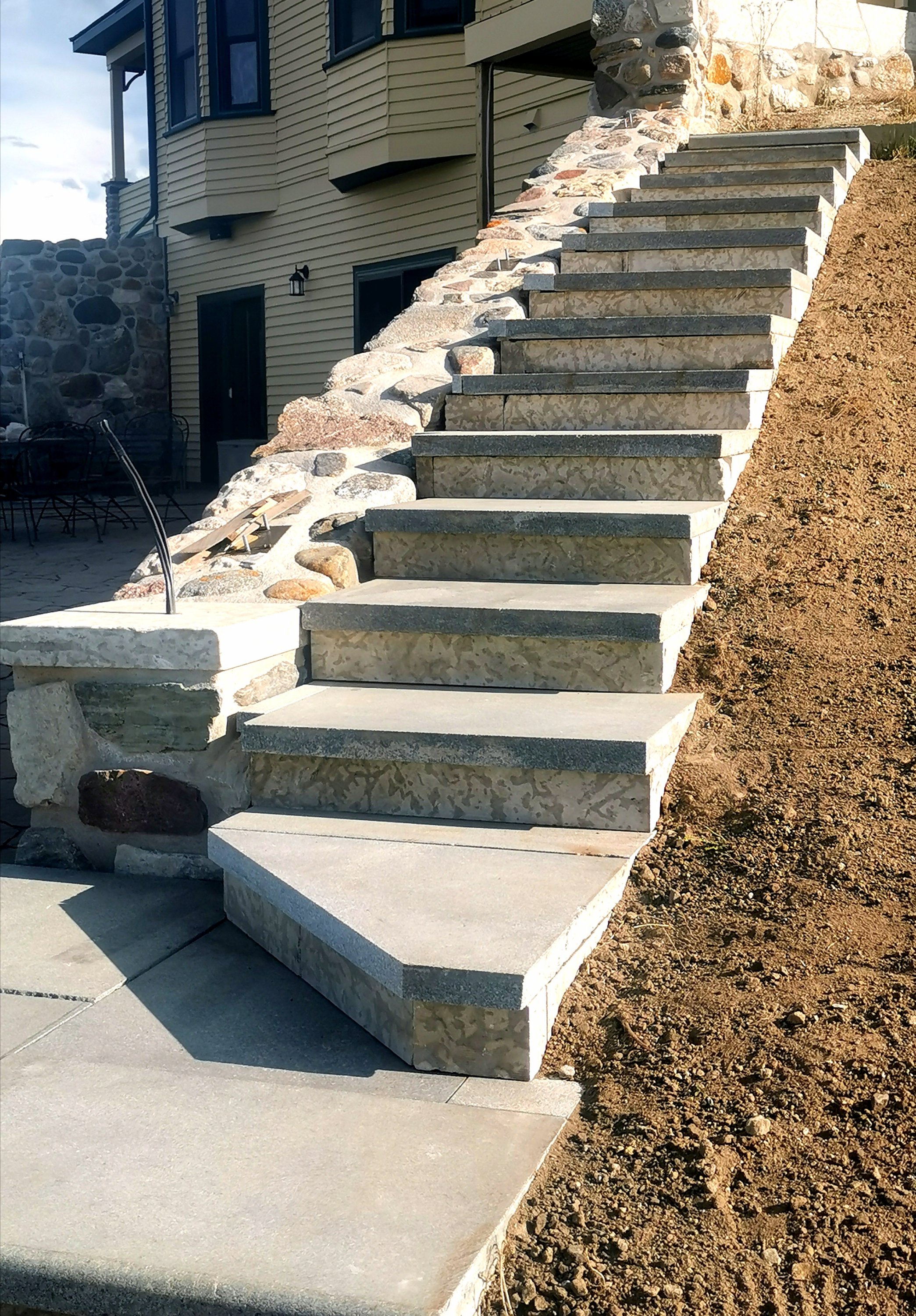 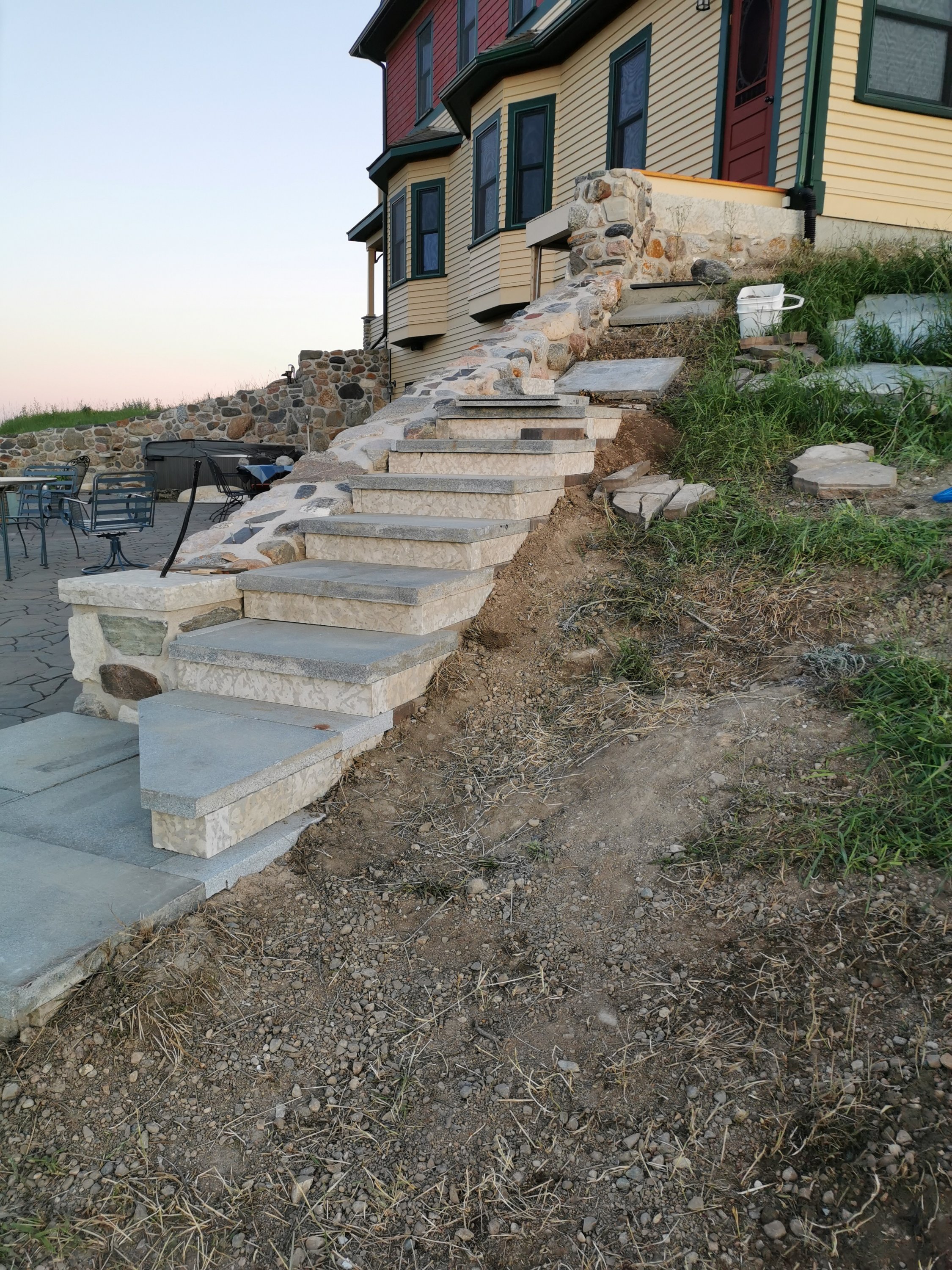 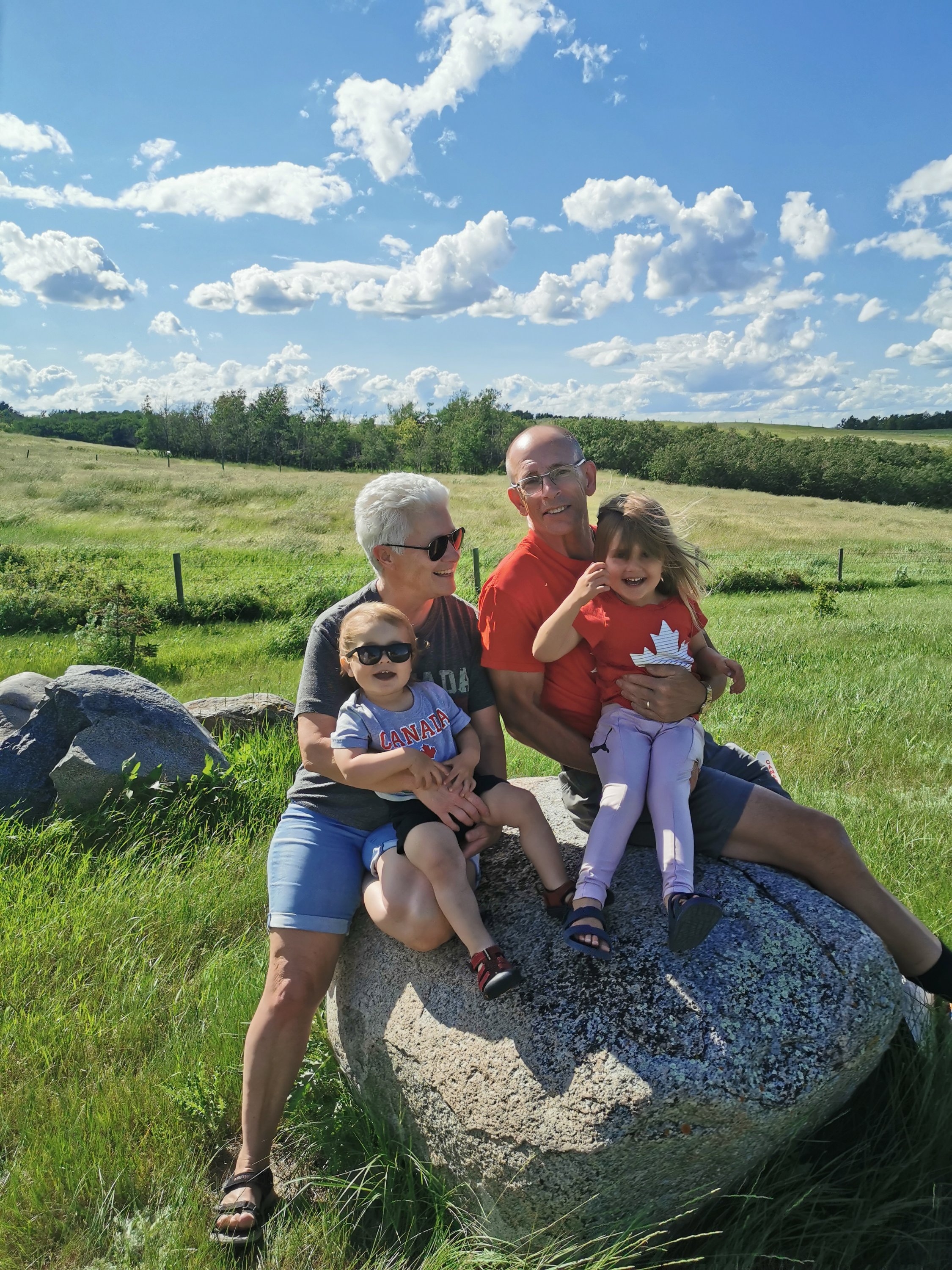