I listened to myself at work, about my impending 27 hour touch down in Halifax, and decided that my attitude was all wrong. I just had to make the best of the time that I had and be happy that I got to inhale, albeit briefly, sea air and absorb some history on the fly. So I did a 1 hour and 45 min walking tour Friday pre meeting and a 2 hour walking tour Saturday post conference. Well I walked a little less because I stopped at a cool pub for a craft local beer!

Friday afternoon I trundled along the harbour sea wall and enjoyed the ocean smell and a lovely dark hot chocolate which was the little pick me up I needed after a very early am departure.

Love the history of Halifax — really deeply rooted in the actual confederation of Canada. One of the two ports that new immigrants landed at and a major seaport that has always been historically significant.

My Friday stroll took me first to see the ocean. It’s lovely that there is a boardwalk along most of the Halifax harbour side so you can stroll a long ways. There are so many heritage buildings although there are also lots of new infill, some sympathetic and some down right not. The houses are a rainbow of colours. The flowers are just popping up although the trees haven’t leafed out yet. I got a cardio workout climbing up Citadel Hill which was worth it. Such a fabulous view from there which makes sense why the old Fort is there. Alas no time to see it but I did take a few minutes to explore a cemetery. Halifax also has its share of cathedrals, all seemingly in different styles. My sense of direction was intact enough to lead me right back to the hotel. 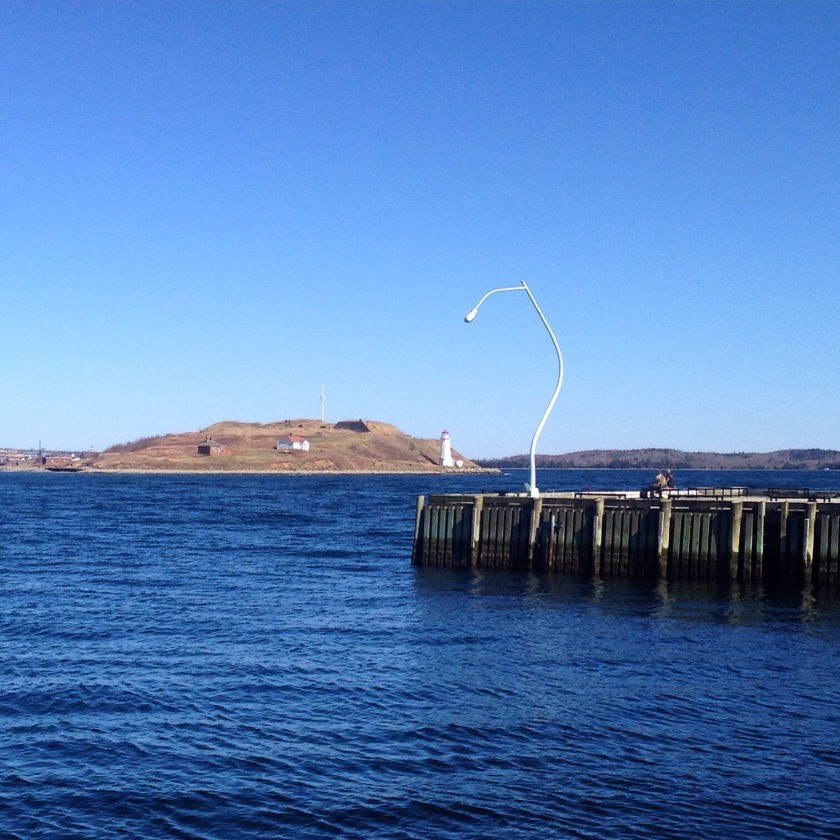 There was more time Saturday afternoon than I had anticipated: course was over at 2:50 and I didn’t have to be at the airport till 5:30. Math isn’t my favourite suit but I figured out how long the 40 kms to the airport would take (yes you read that right — it’s a crazy long ways away) and set of walking. First stop were a couple of historic cemeteries, one civilian and one military. Halifax was the departure and return point for most of the first and second world wars so I was surprised that there wasn’t more graves with immediate dates surrounding those war years. I then wandered over to indulge in the afore mentioned local brew. This was enjoyed inside an amazing stone house with an interesting history and still largely intact from an architectural point of view. It was extremely difficult to pull myself away but I wanted to return to the wharf area. I hoofed it quickly in the opposite direction than Friday as I wanted to see Pier 21. I knew that I didn’t have time to explore it like I wanted to but at least I’ve been inside the hall where my maternal grandmother first stepped foot in Canada (and maybe a few other ancestors). I know it’s definitely on my list of places to return to. This is my second professional trip here but will return with Ron and truly explore Halifax and Nova Scotia then. 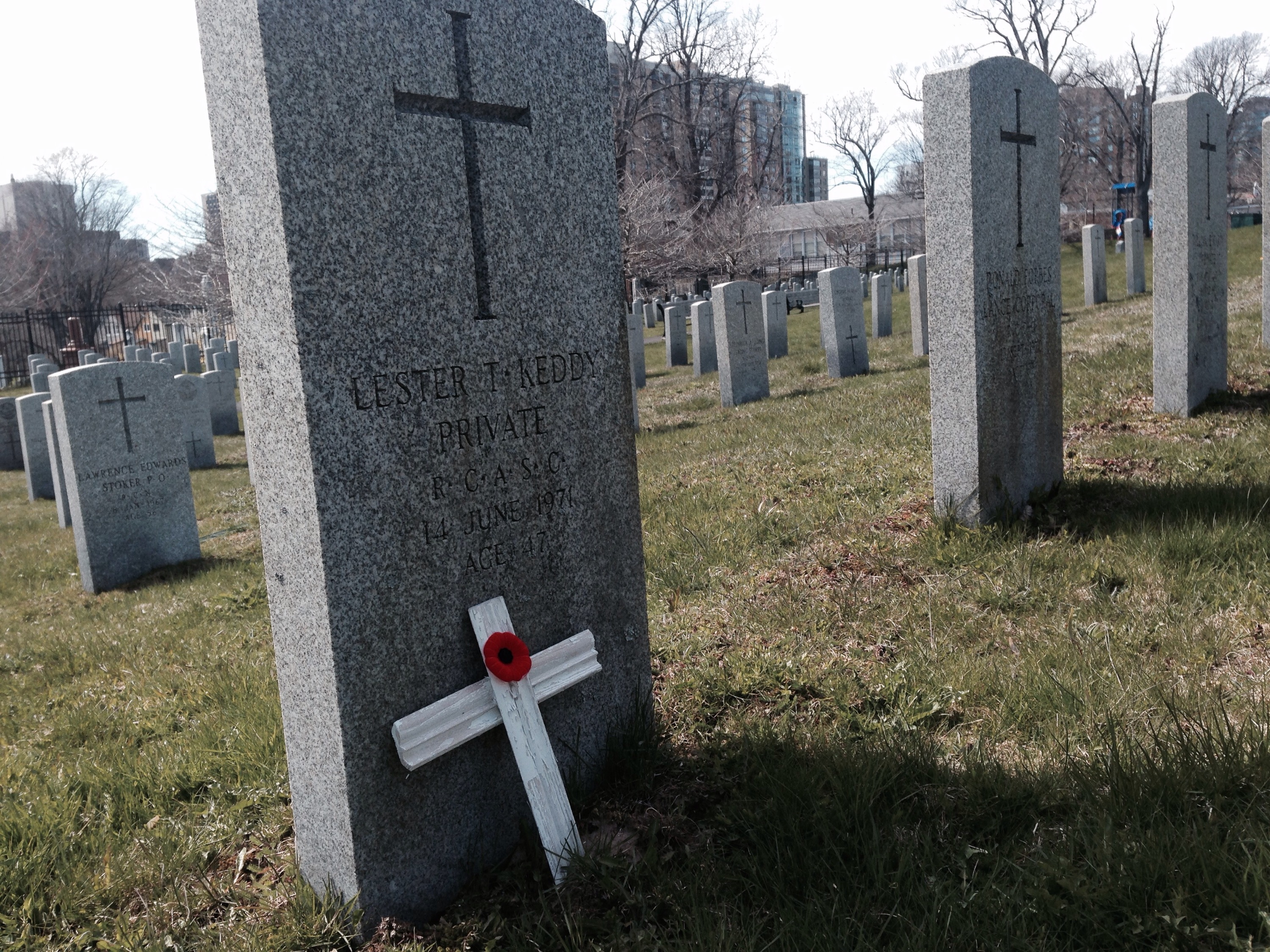 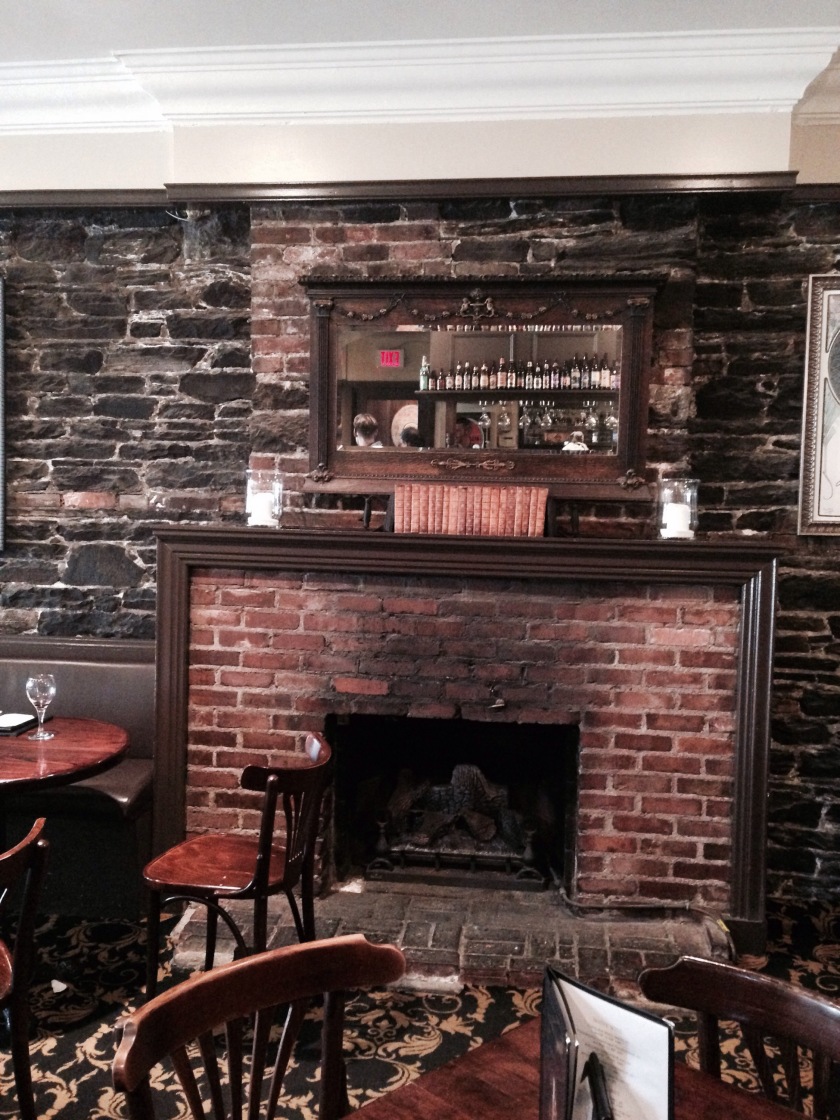 Still looking on the plus side I spent the travel time doing my Haiti power point presentation and when we touched down in Halifax I only had 8 more slides to do. It’s done now because I set the goal of no social media until it was completed although I did cheat and Instragram all the photos last night because I find it has the best editor.

This post has been written and lost twice. The Air Canada gogoinflight wifi isn’t really there even when it says it is there. Pretty confident attempt number two was the best but for better or worse I am hitting publish.

4 thoughts on “Halifax on the Fly ”